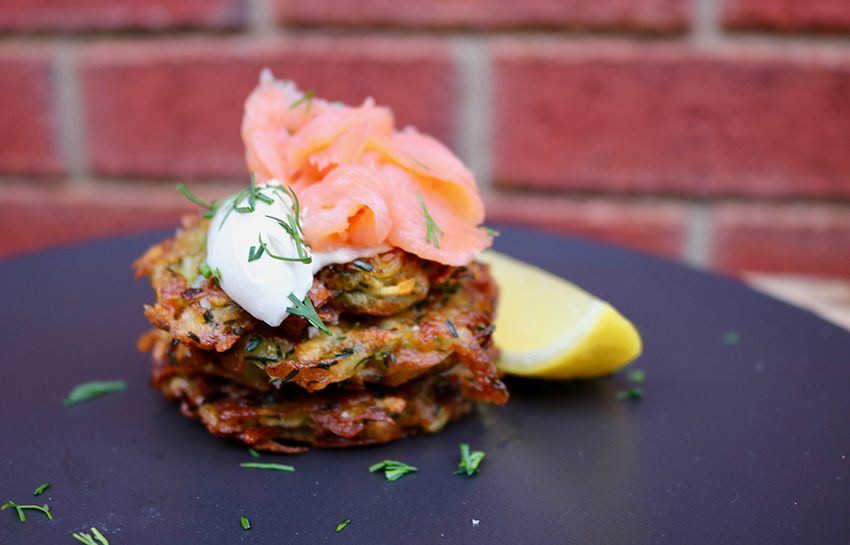 I think it was The Lyall Hotel in South Yarra…

When my friend Julian and I,

Ventured out for a cheeky Sunday brunch.

No kids those days.

A little groggy after a late Saturday night.

No doubt Julian started with a cafe latte…

Because that’s how I roll!

I can’t be too sure what I ordered for breakfast,

Or Jules as me and his other mates affectionately refer to him,

Ordered the most memorable brunch,

I can ever recall someone ordering.

Or was it three hash brown instead,

And instead of ham,

Serve it in a stack,

And drown it in the hollandaise sauce!

If you think that’s a mouthful to say…

And you might be paying the doctor a visit later that same week.

I never have opted for the Jules Special,

But I am a hash brown fan…

More a potato rosti guy to be precise.

No hollandaise in my version,

But plenty of flavour,

As I take the first bite straight off the sizzling pan,

And into my mouth.

If you’re up for a toned-down version of the Jules’ special,

I think this week’s recipe should have you covered.

That’s all for today.

All that’s left to say now is.

In a small pan heat a little olive oil and sauté the leek until tender.

Remove from the heat and set aside.

In a large bowl add the potato, leek, dill, flour, salt and pepper.

Mix together to evenly combine all the ingredients.

In a medium frying pan heat the ½ cup olive oil. Once the oil is hot reduce it to a medium heat.

Scoop 1 tbsp of the mixture and mould together using your hands then add them to the pan.

Using a spatula, press the balls down flat and cook them on a medium heat until they are nicely browned, crunchy and cooked through.

Place them on some paper towel to soak up the extra oil.

Serve with some smoked salmon, sour cream and garnished with dill.