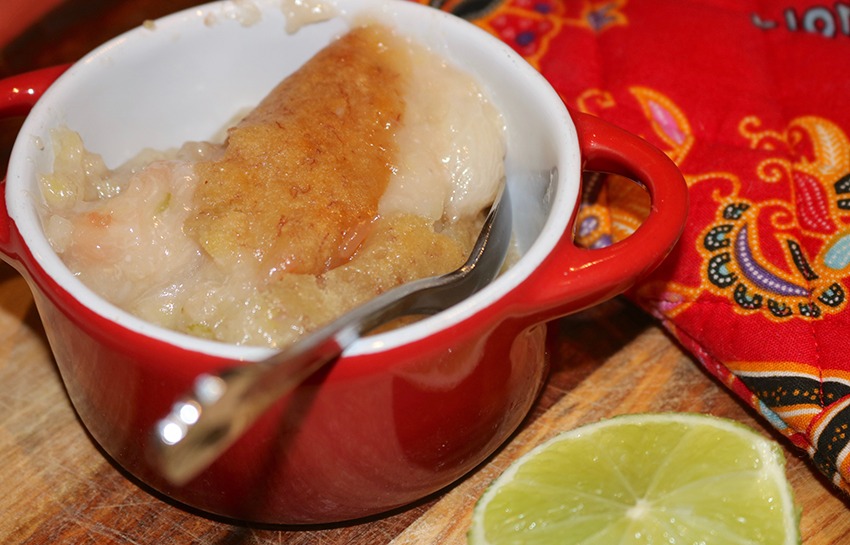 And bread and butter too…

But when was the last time you tried a Mangosteen pudding?

And a vegan one at that?

Inspired by the Thai desert Carrrrr

Which I can’t remember if I’ve eaten…

This week’s recipe is surprisingly delicious!

I say surprisingly because…

It was the first time we made this dish and…

When we opted for a vegan version,

We were really going into unchartered waters.

The sweetness of the banana,

Is just a sensational combination!

And similar to your more typical puddings…

The mixture kind of oozes,

and further solidifies the tropical theme.

And we would suggest squeezing on some more lime to serve….

Just to balance out the sweetness.

And really get the mouth watering!

But the highlight for me,

Would have to be,

Without the need for a blow torch!

It wasn’t a texture we were expecting and so…

With all the ooze,

We think that getting in on Mangosteen…

Before the Aussie season’s out,

Might just make you the hit of the tropical party!

Grease a 22 x 9cm cake tin with any oil of your choice. I’ve used coconut oil.

To clean the mangosteen, cut the tops off, slice down one side & the skin will easily peel off. Remove the fruit from inside and put in a bowl, pip removed.

Combine the 1 tbsp caster sugar with the 1 tsp corn flour and then coat the mangosteen in the mixture. Arrange the mangosteen on the bottom of the baking dish, then set aside.

In a large bowl, whisk together the banana, sugar and salt.

Pour the mixture over the mangosteen in the baking dish and bake in the oven for 1 hour.