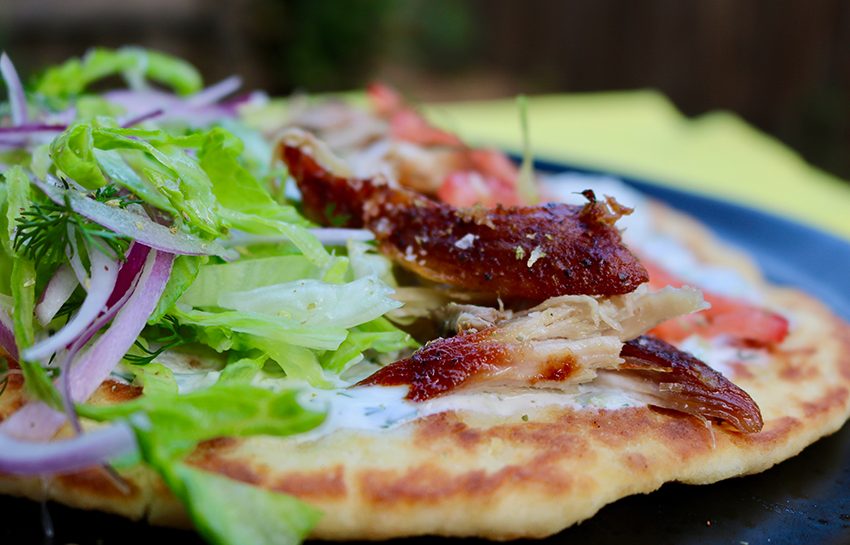 I only seem to remember one type of leafy salad.

And it definitely was NOT watercress.

No matter what day of the week,

What lunch or dinner we were eating,

Whether it was as a side salad,

Or in a sandwich…

If we weren’t eating iceberg,

We were eating cucumbers and tomatoes.

Then the 90s came along,

I’m not talking changed like goodbye to Duran Duran,

Or even shoulder pads for that matter!

It just seemed to disappear.

Not sure where too…

Fish n Chips shops seemed to have plenty of it…

And our family, friends and acquaintances,

All seemed to say goodbye to this old school favourite.

Possibly 3 decades in the abyss,

And then something happened.

Sent to the sidelines,

In favour of more couture lettuce,

Iceberg started to make a comeback.

Capers started appearing alongside it…

It even became a favourite in all things fusion…

One place that iceberg belongs more than any other…

Other than your favourite fish n chips shop that is…

Is in a Greek favourite,

A little bit of tomato and onion,

Fluffy on the inside,

Crunchy on the outside pita,

And a bit of lemon,

And I love a little chill sauce,

Siracha to be precise,

But I’ll leave that up to you.

And for the meat,

Slow roast pork is what we did today,

But it could just as easily be lamb backstraps,

Or even haloumi and mushroom!

Delicious and a family favourite.

I hope you enjoy them as much as we did.

All that’s left to say now is..

Ingredients for the pork

Ingredients for the pita

Ingredients for the tzatziki

Ingredients for the souvlaki

Method for the pork

Put the pork in an oven dish and coat well with olive oil. Season with salt, pepper and oregano. Make incisions in the pork and push through the garlic pieces. Roast for 2-2.5 hours, turning it over halfway to colour both sides.

Method for the pita

In a large bowl, add the flour, yogurt, olive oil and salt and work into a dough. It will be soft and fluffy. Set the dough aside until it is time to roll divide and out.

Method for the tzatziki

Squeeze out the excess liquid from the cucumber and add it to a bowl with the yogurt, garlic, dill, lemon juice, olive oil and season well with salt. Stir using a spoon until all the ingredients are combined nicely.

Rolling out and cooking the pita

Cover your surface well with flour. Divide the dough into 6 pieces. Roll each piece into a circle. They will be very soft and delicate so you will need the flour to keep them from sticking.

Heat some oil in a pan over medium heat. Gently place the pita in the pan and cook until nicely browned, then flip with a spatula and cook the other side until browned. Continue until all pita’s are cooked.

Pull the pork with two forks into small pieces.

Put the pita on a plate, over some baking paper, and spread with the tzatziki. Add the pulled pork, red onion, tomato, iceberg lettuce and squeeze some lemon juice over the top. Season with salt, pepper and oregano and then wrap up in the baking paper. Enjoy!